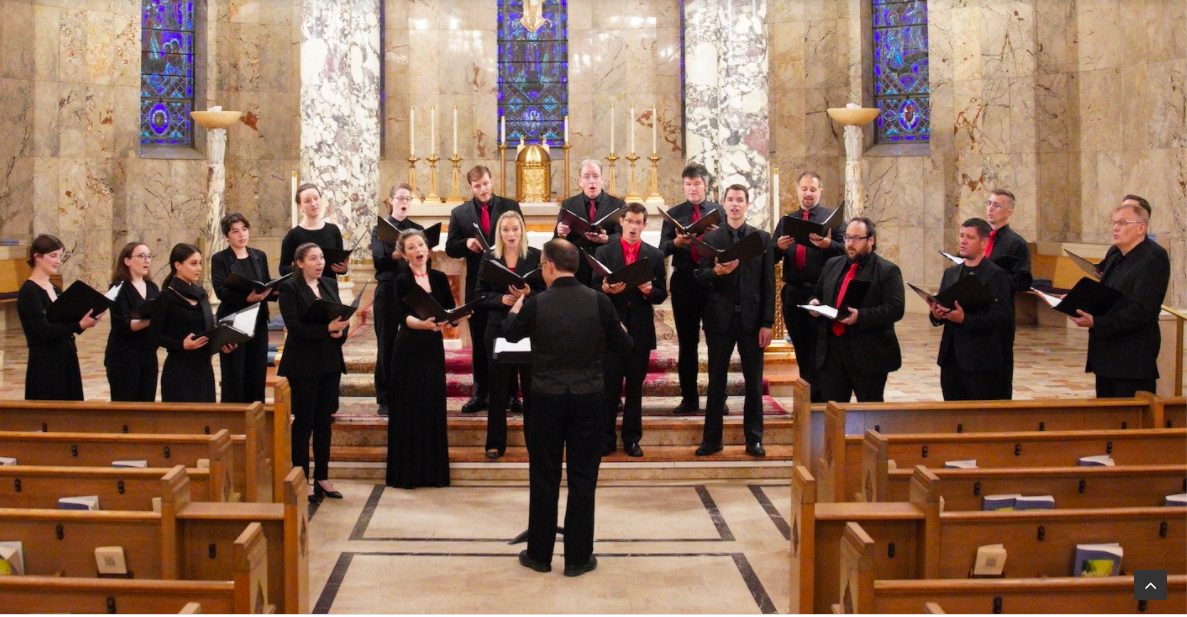 With the vision of building global harmony through performance and education, Quire
Cleveland is dedicated to exploring, preserving, and breathing new life into nine
centuries of extraordinary choral music.

The singers of Quire Cleveland are highly skilled performers of choral music, many of
whom have completed specialized advanced degrees in the historical performance
practice of early music. Our intentional focus and greatest strength as an ensemble is
the historically-informed performance of unaccompanied vocal music from the
Renaissance and earlier periods.

Founding Artistic Director, musicologist Dr. Ross Duffin, led Quire through its first ten seasons, and, on his retirement in mid-2018, was succeeded by Dr. Jay White, a professional countertenor who sang eight seasons with the internationally-acclaimed acapella ensemble Chanticleer. Now in its fourteenth season, Quire Cleveland is managed by a working volunteer Board of Directors.

Quire Cleveland presents three concert series per season to live audiences in the northeastern Ohio area, sharing professional recordings from our concerts online via our website, Facebook page, and email subscription list, as well as via broadcasts by local public media channels. Recorded music from our first decade is available through their YouTube channel, on eight CDs, and via numerous download/streaming services. Learn more about them, here.

CountertenorJay White has realized a performing career as a professional chorister and alto soloist spanning more than 35 years. He has sung every style from pre-medieval to post-modern to present-musical. He joined Quire Cleveland in 2012, and and assumed the position of Artistic Director in July of 2018

In addition to Quire, Jay has held choral positions with Washington National Cathedral Choir of Men and Boys, Grace Cathedral San Francisco, Maryland Handel Festival, Washington Bach Consort, Folger Consort, Spire, Carmel Bach Festival Chorale, and Apollo’s Fire Singers, among many others. Sought after as an interpreter of repertoire from medieval to baroque and beyond, he has appeared at national and international early music festivals. In all, as a choral singer, soloist, and chamber singer, he has participated in more than 1,400 performances around the globe. Learn more about Dr. White here.