For the month of June, our musical artist of the month is Denise Milner Howell. Denise Mi 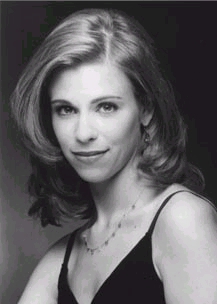 In addition to performing, Howell is an active voice teacher. She currently teaches at Cleveland Institute of Music/Case Western Reserve University in the Joint Music Program, and has served on the voice faculties of Ashland University, University of Akron School of Music and State University of New York College at Fredonia. She lives in Sharon Township, Ohio, with her husband, Gregg, and their three children.