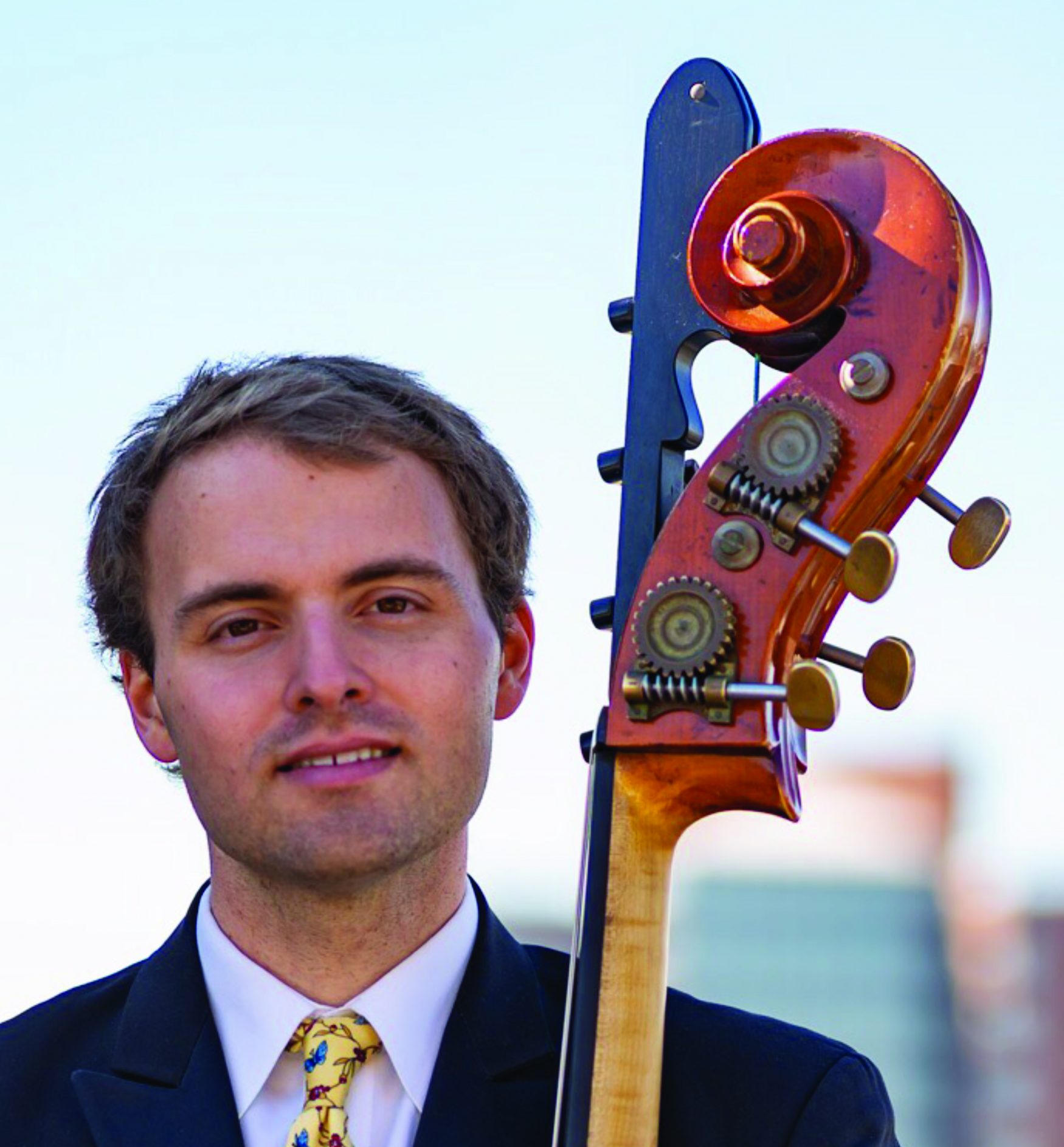 For the month of August, our musical artist of the month is Henry Samuels. Henry Samuels is a double bass player and music teacher living in Cleveland, Ohio. He has performed across the US, China, Europe, and Japan with orchestra including the Akron Symphony, The Cleveland Orchestra, The Sapporo Symphony, and the Bluewater Chamber Orchestra.

In addition to performing with orchestras, He enjoys pushing the boundaries of what people think is possible on the double bass.  Recent solo and chamber music performances include Mozart’s “Per Questa Bella Mano”, Gliere’s “Four Pieces” for Double Bass, and Adam Ben Ezra’s “Flamenco”.

Henry frequently performs for M.U.S.i.C., Opus 216, Classical Revolution, and with other faculty members at The Music Settlement for chamber music concerts and recitals. In a performance of “The Elephant” from Saint-Saëns Carnival of the Animals for summer festival Music in the Circle, Cleveland Classical remarked that “Henry Samuels’s double bass [was] splendidly gruff.”

As an advocate for Jewish folk music in Cleveland, He performs klezmer music for Jewish weddings and celebrations with groups such as the Tischler Klezmer Orchestra, Opus 216, and with members of Steven Greenman’s ensemble Harmonia. Henry is also the music/artistic director of the newly formed klezmer ensemble at The Music Settlement.

Henry has private bass students across Northeast Ohio, and is the bass sectional coach at Avon, Strongsville, and Chagrin Falls High Schools. He also teaches Suzuki and traditional bass lessons at The Music Settlement.

During the pandemic, Henry has been teaching private music lessons on Zoom, performing for porch concerts with Opus 216, and M.U.S.i.C, and teaching the TMS klezmer ensemble on Zoom.