Established in 2009, Red Campion is an energetic ensemble of four singers and one pianist.  Based in the Cleveland-Akron area, Red Campion presents performances and educational programs that showcase the glories of the voice and vocal literature.  Their concerts cause audience members to tap their toes, discretely hum along and smile.  Red Campion’s performances include thrilling renditions of beloved opera and concert melodies alongside delightful introductions to lesser known pieces from the concert hall and theatre stage.

Red Campion – Biographies of the Artists

In addition to performing, Ms. Howell is an active voice teacher. She currently teaches at Cleveland Institute of Music/Case Western Reserve University. She lives in Sharon Township, Ohio with her husband, Gregg, and their three children.

Tenor Timothy Culver has become a staple in the Great Lakes music scene.  He has been described as having “a rich but penetrating tenor” and that he “faces florid tenor writing with a fearless vivacity.”  Equally at home in both operatic and musical theatre works, Mr. Culver has performed with the Cleveland Opera, Lyric Opera Cleveland, Opera Western Reserve, Lansing Lyric Opera, Porthouse Theatre, Huron Playhouse and the Cleveland Orchestra.  Some recent roles include Edgardo in Lucia di Lammermoor, Il duca di Mantua in Rigoletto, Alfredo in La Traviata and Nemorino in L’elisir d’amore.  During the inaugural season of the Opera Theatre of Lucca in Lucca, Italy, Mr. Culver performed and studied under the direction of internationally renowned baritone, Lorenzo Malfatti.  A frequent recitalist, oratorio and concert soloist, Mr. Culver sang in the U.S. premiere of Erwin Schulhoff’s H.M.S. Royal Oak with the Cleveland Chamber Symphony.

Mr. Culver is a Professor of Voice at the Hugh A. Glauser School of Music at Kent State University, where he earned both his Bachelor’s and Master’s degrees.  Currently, he resides in Stow, Oho with his wife and three children.

Brian Keith Johnson, baritone, has performed many roles in opera from Figaro in il barbiere di Siviglia to Ford in Falstaff.  As a member of Actors’ Equity Association, he has also performed a variety of musical theatre roles ranging from Jim in Big River and Joe in Show Boat to Pilate in Jesus Christ Superstar and Father/God in Children of Eden.  Operatic roles include Henry Box Brown and Frederick Douglass in Opera Columbus’ World Premiere of Leslie Burrs’ Vanqui; the Kaiser in Cleveland Public Theatre’s production of Viktor Ullmann’s Der Kaiser von Atlantis; Masetto in Don Giovanni and Valentin in Faust with Cleveland Opera; Bellomy in The Fantasticks, Dewain in I Was Looking At The Ceiling and Then I Saw The Sky, Belcore in The Elixir of Love and Figaro in The Barber of Seville with Lyric Opera Cleveland; Figaro in il barbiere di Siviglia, Giovanni in Don Giovanni, Peter in Hansel und Gretel and Count Almaviva in Le nozze di Figaro with The Duke Symphony Orchestra; Crown in Porgy and Bess with The Beck Center; Crown in Porgy and Bess and Michele in Il Tabarro with Union Avenue Opera: Tonio in Pagliacci, Almaviva in Le nozze di Figaro, Marcello in La Boheme and Sharpless in Madama Butterly with Opera Western Reserve and Germont in La Traviata with The Carolina Master Chorale. This season, he will sing the role of Don Alfonso in Cosi fan tutte with The Duke Symphony Orchestra.

Judith Ryder, pianist, was the Founding Director of Cleveland Opera’s well-known education and outreach program, Cleveland Opera on Tour, recipient of numerous awards including the prestigious Ohio Governor’s Award for Arts in Education.  The diverse education and outreach programs Ms. Ryder developed in her thirty years with Cleveland Opera reached an average of 80,000 people throughout the Midwest and beyond.  As the Music Administrator for Cleveland Opera, Ms. Ryder was company liaison to conductors, served as the opera orchestra’s personnel manager and was Music Director for the company’s series of imaginative children’s operas and other touring and mainstage productions, including “The Fantasticks.” In addition to her opera work, Ms. Ryder was Music Director for acclaimed Cleveland productions of Jon Marans’ “Old Wicked Songs” (Dorothy Silver, Director), Terrence McNally’s “Master Class” (Reuben Silver, Director), and other area theatre productions.

A graduate of Eastman School of Music, Ms. Ryder was a founding member of the Thalia Piano Trio, directed the Judson Choristers and Rainey Institute’s first choir for K-2, served on the Cleveland Institute of Music and Music Settlement faculties, was coach and keyboardist for the Robert Page Singers. Since 2008, Judith Ryder serves as Cleveland Arts Education Consortium’s Managing Director, an organization she helped establish, now with more than 115 diverse member organization, large and small across Northeast Ohio. Other awards include are the Vocal Arts Resource Network’s Ovation Award, the Young Audiences’ Arts Education Champion Award, and the National Guild for Community Arts Education’s Milestone Award. 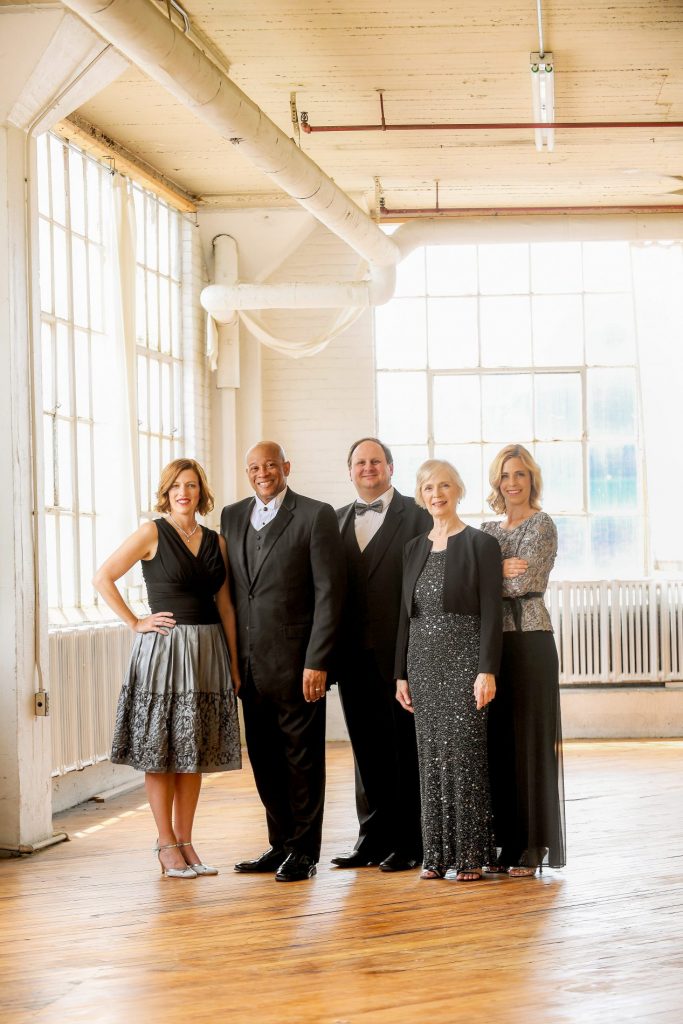