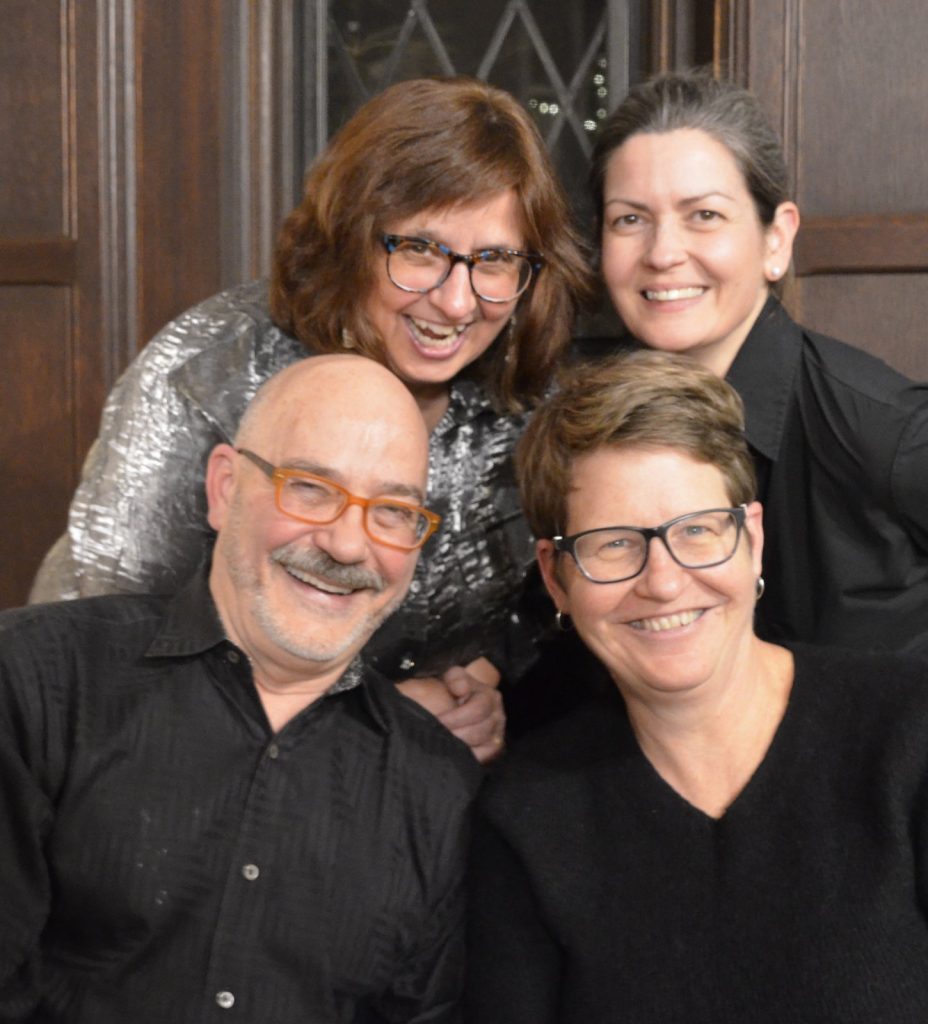 French Flutist Louis Fleury (1878–1926) referred to music of the 19th century as “idle twittering.” What’s the antidote? A flute group that not only twitters the Romantic, but chirps the Baroque, tweets the Modern and whistles some Jazz. A flock of flutes from Northeastern Ohio joins forces for a well rounded, tuneful and tootful evening. It’s a tribute to flute music through the ages on flutes of all shapes and sizes.

Jane Berkner was described by Flute Talk Magazine as “a versatile performer…(and) outstanding musician”. She was named Outstanding Artist in Music in the 2019 Akron Arts Alive Awards, and has played in the Akron, Ashland, Canton and Youngstown Symphonies, the Ohio Ballet Orchestra, the Botzum Summer Festival Orchestra, and for touring shows at EJ Thomas Hall in Akron, Playhouse Square in Cleveland, and Blossom Center’s Porthouse Theater. Along with Stephen Aron, the AronBerkner Duo has  presented concerts across the US and Europe. She is currently the Director of a summer Flute Choir Camp for adults at the Interlochen Center for the Arts. She is the founder of Urban Troubadour, about which Cleveland Classical said “Berkner’s flute sounded — well, magical”, and  “in the crowded field of efforts to “disrupt” the world of staid programming, Urban Troubadour’s multi-part evenings feel distinct and vital.”

Kyra Kester, 2nd Flutist in the Akron Symphony, is an active performer and teacher on both flute and piccolo. She held a one-year Piccolo position with the Cleveland Orchestra during their 2007-2008 Season and has performed with the Detroit Symphony, the Pittsburgh Symphony, the Pittsburgh Opera and the Pittsburgh Ballet Theatre. She also holds the position of 2nd Flutist with the Cleveland Pops Orchestra and frequently performs with the ProMusica Chamber Orchestra in Columbus, Ohio. She served on the faculty of the Cleveland Institute of Music Preparatory Department from 2006 to 2019 and was the temporary Assistant Professor of Flute at Kent State University during the spring 2012 semester.

George Pope is the Emeritus Professor of Flute at The University of Akron and Instructor of Flute at The Baldwin Wallace Conservatory. Principal Flute of the Akron Symphony from 1978-2002, Mr. Pope has also performed with the Cleveland Orchestra, the Blossom Festival Orchestra, the Brevard Music Center Orchestra and at the Spoleto Festival. He is a founding member of the Solaris Wind Quintet and the Chamber Music Society of Ohio. Mr. Pope was named “Arts Educator of 2009” by the Akron Area Arts Alliance. His solo CD “…some measures for living” was released in 2016 by Crystal Records.

A dynamic and versatile musician, flutist Linda White excels in an array of musical styles and plays the entire spectrum of flutes from the piccolo down to the contrabass flute. She regularly performs with classical guitarist Robert Gruca as part of the Gruca White Ensemble. Comfortable with both written and improvised forms, this duo stretches the boundaries of the standard classical concert with their improvisations and arrangements of rock, funk and Latin tunes. Linda is a founding member of the Blue Water Chamber Orchestra, and has also performed with The Cleveland Pops, The Cleveland Opera Orchestra, The Akron Symphony, The Canton Symphony, Erie Philharmonic, and The New World Symphony. An engaging teacher, Linda teaches at The Music Settlement, where she has students of all ages and abilities, and, along with her collegue Jane Berkner, directs two flute choirs.