The Callisto Quartet at Heights Arts 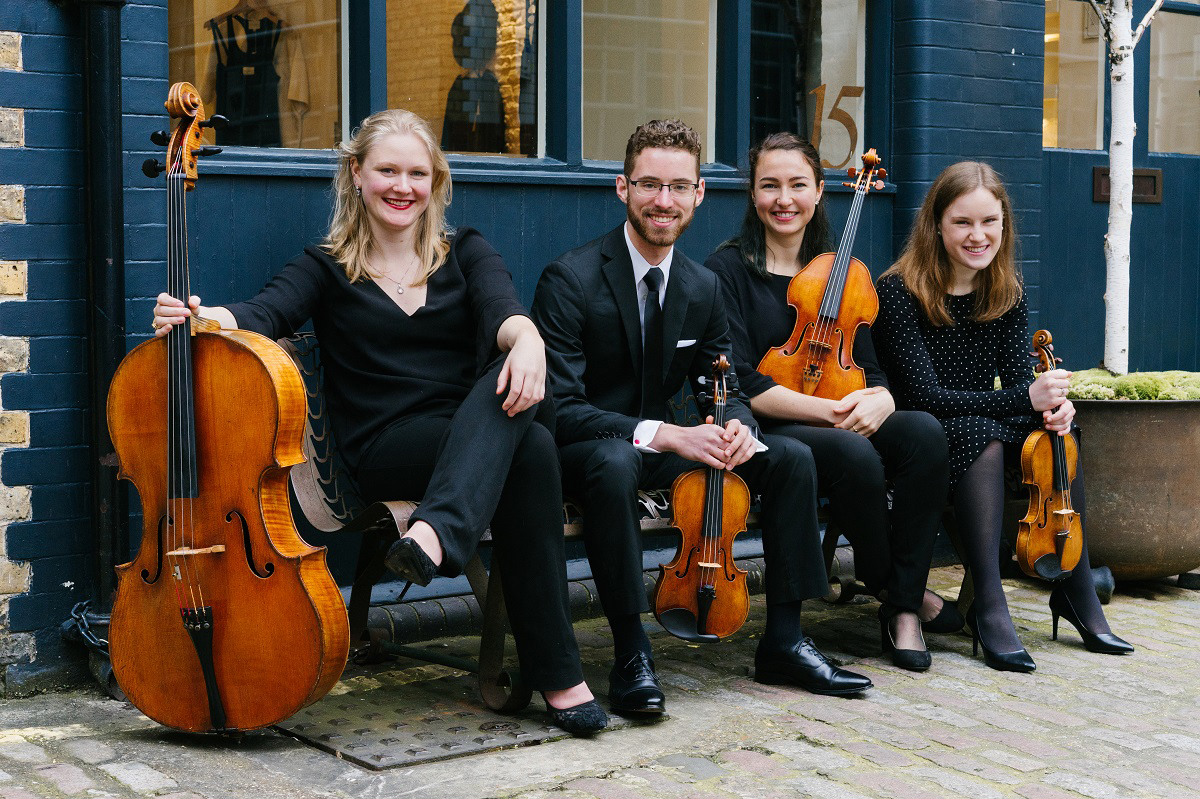 Grand prize winners of the 2018 Fischoff National Chamber Music Competition, the Callisto Quartet was formed in 2016 at the Cleveland Institute of Music and brings together four dedicated and passionate musicians who share a love for chamber music. Highlights of their achievements include recognition as a top prize winner at the 2018 Melbourne International Chamber Music Competition where they were also the only North American quartet selected to compete. Additionally, they were prizewinners at the 2018 Wigmore Hall International String Quartet Competition.

The quartet was selected as the CIM Apprentice Quartet for 2017, a position which included extensive education and performance activities throughout the Cleveland community and a recital on the Cleveland Chamber Music Society’s concert series. They have served as faculty and given masterclasses at the Bravo International Chamber Music Workshop, Midwest Young Artists Conservatory, and the CIM Preparatory Division. They are also featured as ensemble in residence at the Carolina Music Museum in Greenville, SC.

The quartet has participated and performed in many renowned chamber music festivals such as the Norfolk Chamber Music Festival, the McGill International String Quartet Academy, the Shouse Institute, the Juilliard String Quartet Seminar, and the Robert Mann String Quartet Institute. In April 2018, at the invitation of Gerhard Schulz, they attended the Prussia Cove International Musicians Seminar where they also worked with Gidon Kremer and Thomas Ades. As part of the prize from the Wigmore Hall Competition, the quartet received an invitation to the Jeunesses Musicales International Chamber Music Campus in Weikersheim, Germany. Highlights of their performances this past year include collaborations with cellist David Geringas at the Cleveland Cello Society’s 20th anniversary concert and pianist Gilles Vonsattel at the Great Lakes Chamber Music Festival. Upcoming engagements in the 2018-2019 season include debuts in New York City on the Schneider Concert Series as well as at the Ravinia Festival.