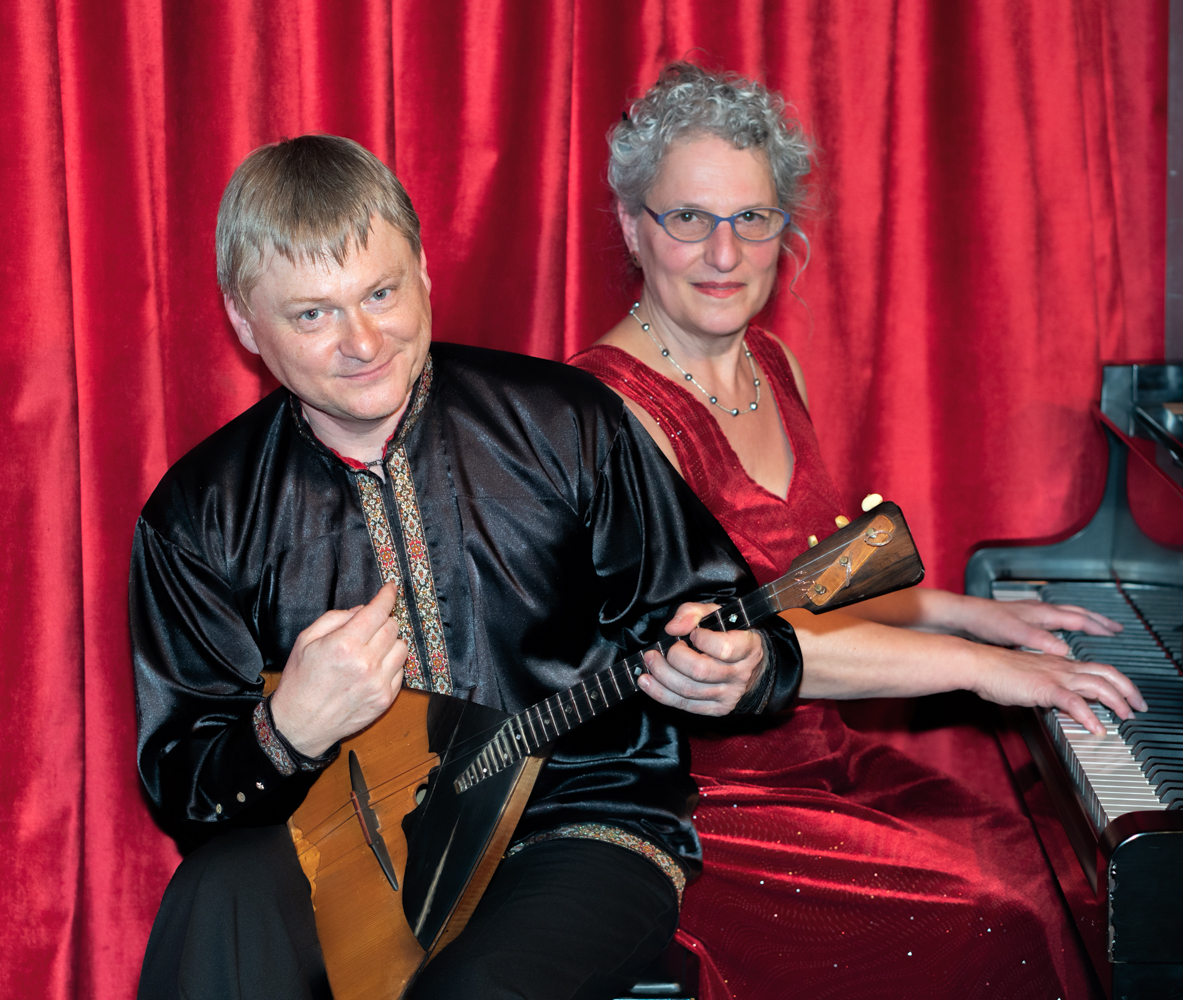 For the month of June 2021, our musical artist of the month is the Russian Duo. Russian Duo is an international project, born out of a love of traditional music and classical elegance. Oleg is a balalaika virtuoso from Siberia and Terry is an American concert pianist. They celebrate cross-cultural creativity, exploring the range of possibilities for balalaika, voice, and piano. Audiences are taken on a journey across the span of Russian culture—from humorous pieces, virtuoso variations, pulsating dance music, rhythmic folk songs, and lyrical romances. In addition to classical music Russian Duo performs other genres including tango, blue grass, Soviet film music, and their own arrangements of ragtime.

Since the inception of Russian Duo, in 2007, Oleg and Terry have performed from Canada to Florida, from Minnesota to Texas, and from Massachusetts to Oregon. In 2017, they performed in Kirov, Russia.

Russian Duo was selected to showcase at the Chamber Music America National Conference in NYC, January 2011. They have also showcased for Ohio Arts Professionals Network and Pennsylvania Presenters. Russian Duo has been on the Ohio Arts Council “Ohio Artists on Tour” roster since 2008.

The Vermont Journal writes, “The audience was enthralled as the music slid from exuberance of joy and anger to whispers of love and crying so faint you could have heard a pin drop. ‘Beautiful,’ ‘Incredible,’ ‘Wow,’ and ‘He is making the balalaika cry,’ were heard as the audience listened intently.”

WKSU host and Cuyahoga River Concerts presenter Matt Watroba says, “We loved the way the Russian Duo combined historical information with world-class playing and performance. Our audience was mesmerized! They didn’t want them to leave the stage. The duo provided an excellent retrospective of the music from both the folk and classical traditions. Professional and crowd pleasing…it was a great success.”