Artist of the Month: Visual 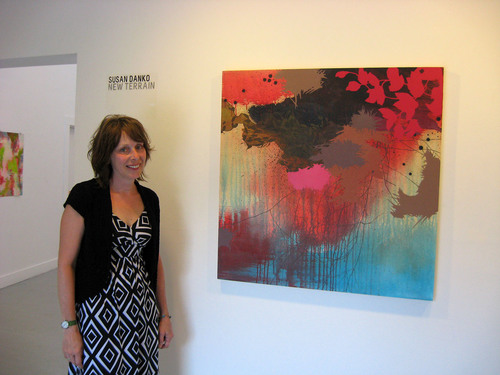 For the month of June, our visual artist of the month is Susan Danko. Susan Danko has been creating and exhibiting her artwork since receiving a BFA in painting from the Cleveland Institute of Art in 1998.  As a student she received honors including the Joseph McCullough painting award, and the Ellen Battell Stoeckel painting fellowship from Yale University.  Susan is a 2013 Ohio Arts Council Individual Excellence Award recipient, and was awarded the Fine Arts Work Center / OAC collaborative residency in Provincetown, Massachusetts during the summer of 2013. She will serve as a visual artist in residence at Sheandoah National Park in the summer of 2020.

Danko has shown her work in solo, group and invitational exhibitions at a variety of venues including the Cleveland Botanical Gardens, the Butler Museum of American Art, MOCA Cleveland, The Moss art Center at Virginia Tech, and SPACES gallery in Cleveland.  Publications include the CAN Journal; 2014, Studio Visit Magazine; 2012, and Angle Magazine in 2006. Reviews have been published in the Cleveland Plain Dealer, the Akron Beacon Journal, Scene Magazine, The Provincetown Banner, and the Columbus Dispatch.

Susan’s paintings have been included in prominent art collections including the Cleveland Clinic, the Ohio Arts Council, Nordson Corporation, and The United States Embassy, Tashkent, Uzbekistan.  She is represented by Bonfoey Gallery in Cleveland.