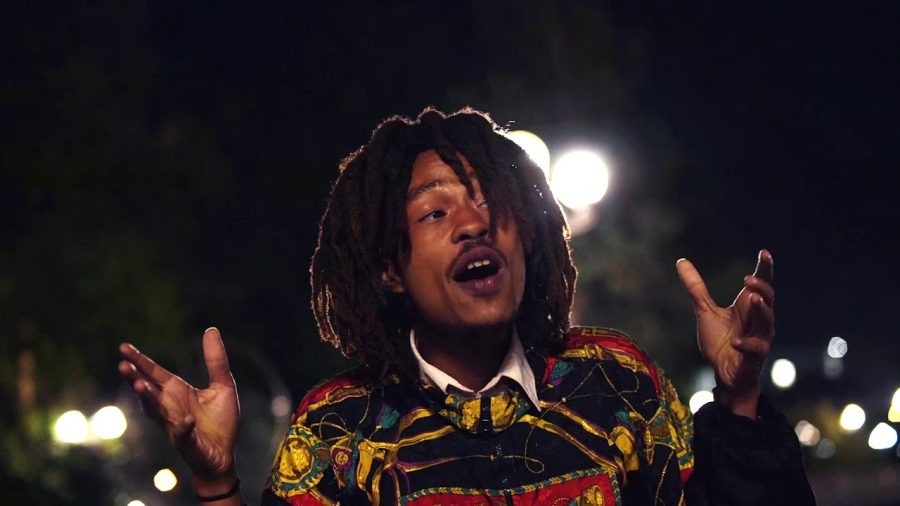 A Youngstown native, McClendon moved to the Cleveland area when he was 13. He is a recent graduate of Kent State University, where he majored in Pan-African Studies. He now lives in Cleveland and works in schools and for non-profits doing community organizing that focuses on social justice issues. He also works with Daniel Gray-Kontar, artistic director of 12 Literary and Performative Arts Incubator, an organization that teaches and nurtures poets, writers, and performance artists of all ages. McClendon cites Cleveland Heights as a kind of spiritual home: “Even before I moved to Cleveland, I was very familiar with the arts scene there. I remember my first time walking through Coventry Village – how expression seemed to seep from the concrete.  It made me feel like I was at a home I hadn’t been to before.”

Although he began writing when he was very young, McClendon didn’t expect to be a poet when he grew up. “If we went back in time and asked my 10-year-old self what I thought I’d be doing in 15 years, writing and performing poetry wouldn’t have been a single drop in rain in my brainstorm,” he says. “And now I am using words to make a living and using words to make change.”

He points to his mother, a nurse, as his original inspiration.  For as long as Damien can remember, his mother wrote poems and songs about her experiences and about the people she encountered in her work. She showed him by example how the raw material of daily life can be transformed into art. “My mother took me to an open mike where she shared some of her work,” McClendon says. “Seeing her in that light inspired me.”

He continued to write in high school, but didn’t think of it as a vocation or even a hobby, until he got to college, where many new possibilities opened up. He participated in an on-campus open mike, and was surprised by how strongly the audience reacted to the poem he read. “That’s when I started to know that I wanted to be involved in the craft of poetry for my whole life.”

And that’s when McClendon realized how poetry can connect people, how a poem that might seem to be intensely personal and particular to one person can resonate with others. As the Poet Laureate of Cleveland Heights, McClendon is very interested in the role of poetry in social justice and in healing. He will be exploring the intersection of poetry and some of Cleveland’s pressing problems, such as infant mortality and homelessness. He says, “I want to serve in this role to be an inspiration to both kids and adults and to poets who don’t even know they can be poets.”

See Damien read his illuminatory poetry by clicking the links below.