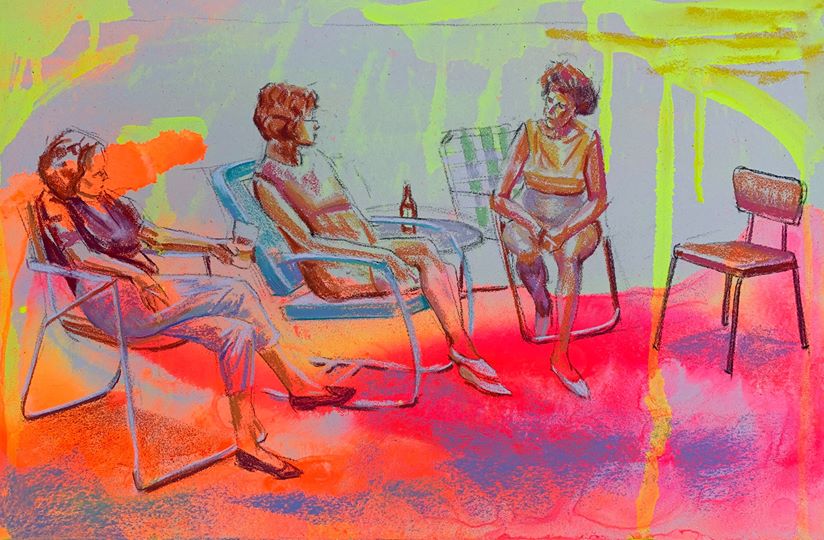 all the neon paint,

in orange and purple,

“The floor is lava.”

I want to join these women,

make it a foursome of conversation

new recipes. I want to linger

for the third Highball and beer,

who has sex just once a month,

whose son smokes joints in his room

with the window open-

all the backyard disappointments

they may deny tomorrow,

even after they’ve laughed

David King, Artist:  This Time Travel series depicts the slippery efforts of the mind’s eye to recapture time. It conveys a sense of urgency to preserve the disintegrating glances into our memories. The contemporary color palette represents the modern mind breathing life back into the image that was obscured by time’s patination.

I recently found a treasure of family movie reels, fifty to sixty years old, had them transferred to DVD and watched with captivation of the lives and times that passed.  I considered my children, who are now adults, and felt the sting of the relentless march of time. Painting memories documented in the videos transformed my grief. With this series, I interacted with the past, wrestled with fluid moments and scenes that moved and flashed through space. This series does not fix or memorialize the past; the images excavate the time, perpetuate the movement, and invite participation.

Each piece contains a relationship between the person and the place that anchors the memory. The undefined lines and gestalt reflects the fleeting nature of recall, the movement of the image, and my efforts to push and pull and capture the memory and grapple with time.  The result inspires a more universal experience that asks us all to complete and animate the memory. 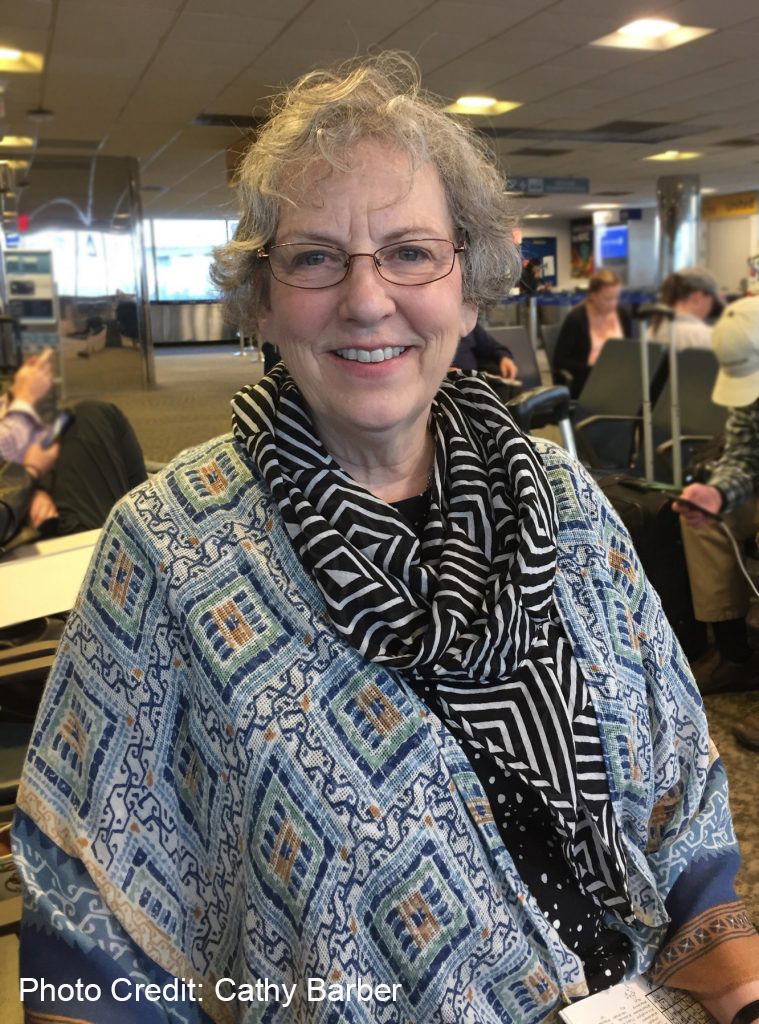