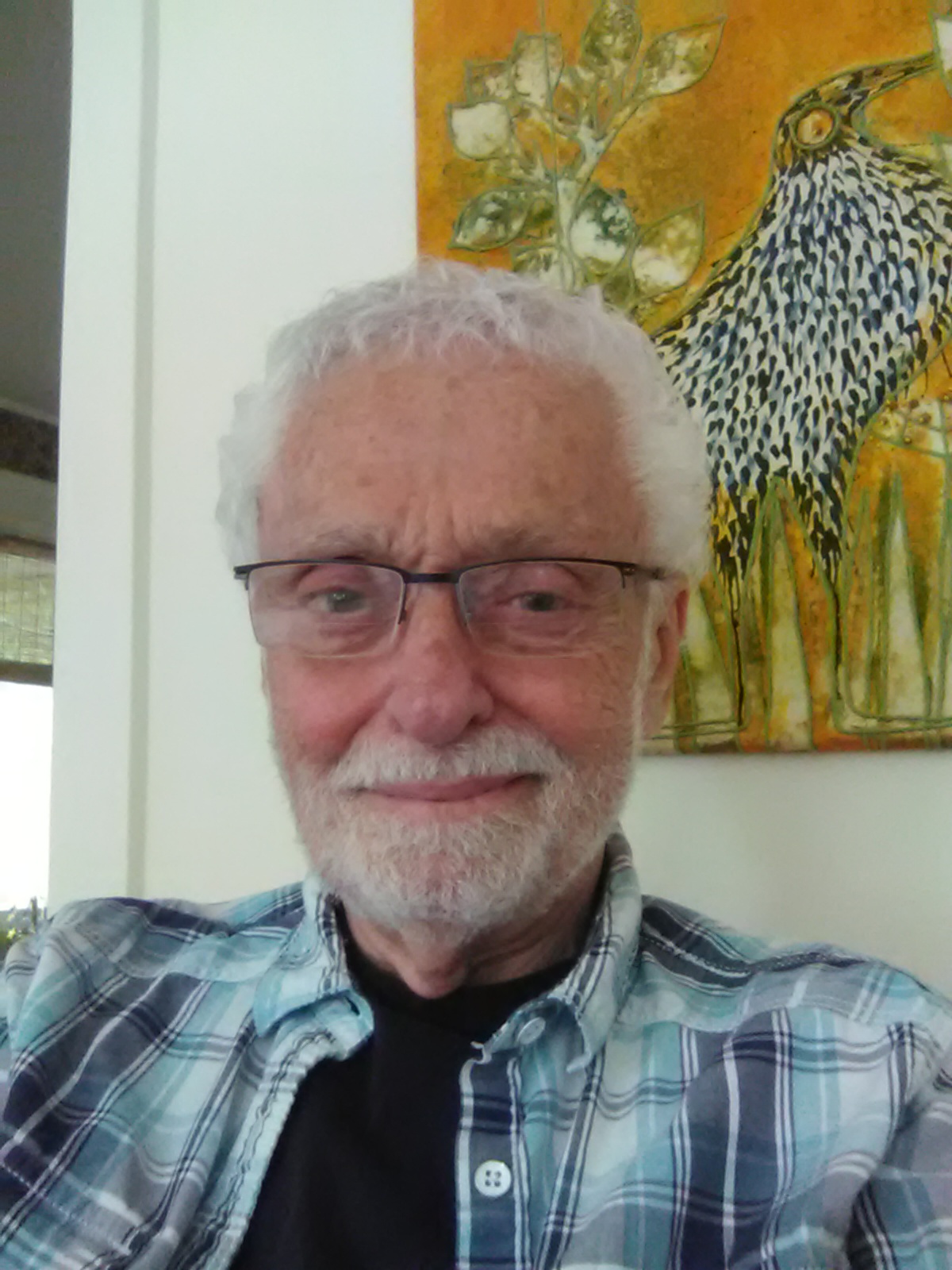 After earning a B.S. and M.S. from Northeastern University and a Ph.D. from Case, all in engineering, John first worked for the Industrial Nucleonics Corp. in Columbus before joining the faculty of the Electrical Engineering and Computer Science Department at Cleveland State.  Halfway through his forty years of teaching at CSU he earned an M.F.A. from the Program for Writers at Warren Wilson College.

A bright spot in John’s week here in Covidville is when he co-hosts, with poet George Bilgere, the radio show Wordplay: the Sound of Poetry on WJCU.

Of all the poems he has written—whether they be those in his two collections A Small Asymmetry and Precipice, or those in Agni, Prairie Schooner, The Virginia Quarterly Review and other literary journals, or the two in the medical journals The Lancet and the Western Journal of Medicine, or even the poem “Ode to the Complex Numbers a + ib” that appeared recently in the magazine of the Institute of Electrical and Electronics Engineer’s Control Systems Society, probably the only poem ever to appear in the many thousands of transactions and magazines published by the IEEE and its forerunners over their 137-year history—none, to his mind, have risen to the level of his poem “On the Geometry of Dreams” written several years ago for a Heights Arts Ekphrastacy program.  That poem—a response to a strange, somewhat scary sculpture that radiated a wonderful imaginative energy—feels to him like something other, and the best of what he’s done.  He has tried often enough since then to repeat that particular magic, but with little success, and the experience has become for him a lot like the cake that was left out in the rain in Richard Harris’s song “MacArthur Park”—I don’t think that I can take it/ cause it took so long to bake it/ and I’ll never have that recipe agaaaain/ Oh, noooo!  But then you never know, do you?  Rare muses do make return visits, and those lyrics—they’re not the only lyrics in that song.