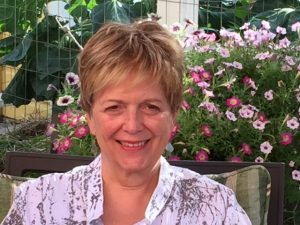 For the month of April 2021, our literary artist of the month is Christine Howey.

Christine Howey is a performance poet. Her one-person stage show, Exact Change, is comprised of 40 individual poems charting her transgender journey. The show premiered at the Cleveland Public Theatre, played for three weeks at Playhouse Square, and was featured at the 2015 New York International Fringe Festival. A film version of the show was official selection of the 2018 Chagrin Documentary Film Festival. She has four books of poetry published and is the former executive director of Literary Cleveland.